Homecoming Week at Newman University is filled with exciting events that allow students to celebrate with their collegiate community. One of the most popular events is the homecoming women and men’s basketball games, which includes the coronation of the homecoming king and queen.

The 2017 Homecoming Court was voted on by students during a two-day online open voting process. The final court included:

During halftime at the men’s game, the red carpet was rolled out and the court was introduced. Then the big announcement happened. The 2017 Newman University Homecoming King and Queen are Luke Sponsel and Ellise McGowan. 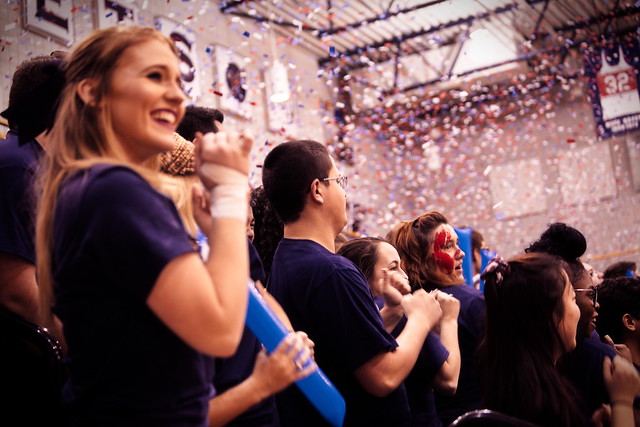