The Newman University women’s basketball team took a shot on local athletes by holding three camps — Shooting, Middle School Elite, and High School Elite — between June 25 and 28. The team will hold another shooting camp in mid-July.

The shooting camps are meant to give players the opportunity to learn the basics of shooting.

Each player then gets one-on-one attention working on their shooting form and footwork.

The middle school camp helps the basketball program stay more involved with schools in the Wichita area and to see potential recruits perform from an early age.

This year, Newman offered the High School Elite Camp for the first time, allowing coaches to see recruitable players in the midwest. The four-hour camp, which was run more like a college practice, attracted potential recruits from Kansas, Oklahoma, Missouri, Arkansas and Arizona.

Head Women’s Basketball Coach Darin Spence said the camps are a way for players to push forward in the craft.

“We work very hard and push kids hard in order to help them improve and learn how to improve,” he said. “We also have 11 of our 15 players and coaching staff here to help run the camps and it’s a great way for our players to give back.”

Krum said the camps give players a chance to discover Newman in a new way.

“Each camp is designed for kids to come and experience what it is like to be coached by a college coach, to experience some new drills, be taught fundamentals of the game and to be around our college players,” she said.

Joanna Pryor, director of athletics, said the camps help put Newman on the map for the young athletes in the community.

“Camps get our brand out there,” she said. “Even if the participants don’t play a sport here at Newman, they at least become familiar with the campus.”

Krum said the camps give players the opportunity to experience what it is like be Newman athletes.

“They get to see us in a different way than just a phone call or us watching them in a gym. They also get to see our facilities and campus while here,” she said. “They are able to meet our players and interact with them in drills and watch them lead by example.”

Spence said the camps help both the basketball program and the university.

“Not everyone can play college basketball, but they sure can come to school here,” he said. “This allows us to get to know them at an early age and walk with them through their middle school and high school experience.” 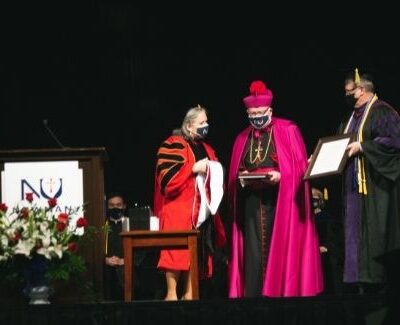