The Newman University alumni office has begun their #GivingTuesday campaign to raise money for student scholarships. Giving Tuesday is largely a social media movement that focuses on charitable giving. It falls on the Tuesday after Thanksgiving each year and serves as a reminder after Black Friday and Cyber Monday to give rather than spend. 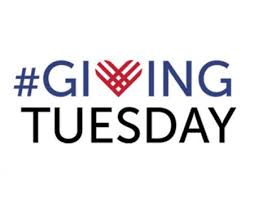 Newman’s goal is to raise $10,000 for student scholarships. With the official day is two weeks away, the campaign is well on its way to that goal with nearly $2,000 raised.

Director of Alumni Relations and Annual Giving Ray Williams said, “This is a time for our alumni and donors to come together and not only support our current students and mission but to be on social media and show that charitable giving is important.”

Choosing to give to Newman will have a lasting effect on students. Without scholarships, a degree wouldn’t be a possibility for many students, including Williams himself in 2013.

“Scholarships make it possible for these students to attend Newman University as it did for me when I was a student,” said Williams.

Approximately 95 percent of Newman students rely on scholarships to make their college goals a reality.

Spreading #JetPride to the social media community will be another benefit of this event. A video will be released next week featuring students appreciative of the donors that make their degree possible.

For those looking at ways to give back to the community this holiday season, Giving Tuesday is a great opportunity to support the nonprofit charities in the area and giving to Newman will allow students to realize their higher education goals.

As for this event, making the giving process simple was a priority for Williams. “The donation form is easy to fill out and will only take a couple clicks to submit,” said Williams.

“Next year, I want us as a Newman community to choose a way that we’d like to give back on #GivingTuesday.”

Giving is quick and simple and only a few clicks away. Donate today!