Newman University and Vice President for Finance and Administration Mark Dresselhaus were featured in an article that appeared in the Nov. 12 issue of the National Catholic Reporter. The article explored how the recession has affected the financial stability of Catholic colleges and universities nationwide. Read “Recession hit some Catholic colleges hard.” 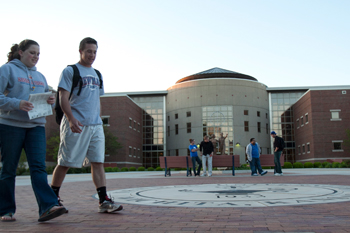