This past summer, Annie Dang and Linnea Ristow traveled to New York City for an internship with the Partnership for Global Justice, headed by Sister JoAnn Mark, ASC, Ed.D. During their time, they learned about the United Nations 17 sustainable development goals. Dang and Ristow each chose a goal to apply global relief to their local community. 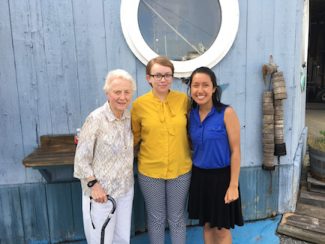 Ristow’s project entailed a Women’s Empowerment Week on the university campus. Her project aligns with the fifth goal — gender equality and empowerment of all women and girls. 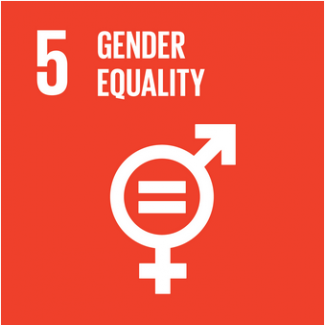 A short presentation was given on Thursday, Nov. 30, by Karen Schmidt of the Women’s Initiative Network, which empowers women of domestic abuse. Also, Sister Therese Wetta, ASC, spoke over human trafficking. According to Ristow, the latter talk was partially to raise awareness for the International Day for the Elimination of Violence Against Women, which was the Saturday before Women’s Empowerment Week.

Later that day, Ristow intertwined her project with Dang’s project with a showing of the 2017 movie “Wonder Woman” and the opportunity to volunteer and gain service hours by cutting and tying Dang’s plastic bags to create mats for the homeless followed by a discussion of the film.

Ristow said the response to all events was overwhelmingly positive with two events being completely filled up.

“I chose this project because I believe it is important for women to support one another, and I have seen firsthand the global relief impact empowering women has in third world countries and in my community. I also had the opportunity to work with a women’s empowerment ministry in Uganda. While at the United Nations this last summer, I heard over and over the importance of including women in attempts to achieve all of the other sustainable development goals” said Ristow.

She hopes the takeaway from the events will be motivated, empowered women who share their experience with others and affect change in their lives, the community, and world.

Ristow hopes there will be enough interest to host another female self-defense event in the future.

Dang’s project involved making mats out of plastic bags for the homeless which aligns with the 12th goal — responsible consumption and production. She has received close to 2,000 plastic bag donations that are currently being woven into mats and will be distributed at the Lord’s Diner in early January 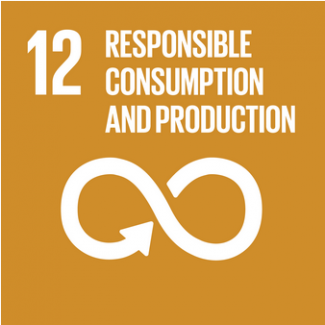 . The mats provide some comfort from the hard ground, shelter and are water resistant. Dang says the mats should last up to two years.

Next year, Dang will apply to a physician assistant school. She wants to continue volunteering and promoting global relief through the sustainable development goals and ultimately work with Doctors Without Borders to help countries lacking medical care.

Although, Dang’s busy schedule will not allow her to continue the mat-making project, she says others in the community are continuing to make mats and she hopes to return to the project someday.