Representatives from Newman University and the Adorers of the Blood of Christ (ASC) will be among the throngs of people expected to attend the Sept. 19 beatification ceremony in Birmingham, England of John Henry Cardinal Newman, the 19th century Catholic theologian and educator for whom Newman University is named.

The university sponsored an eight-day “Cardinal Newman Tour” that will begin Sept. 15 and run through Sept. 22. A total of 21 people will be on the trip, which will include the beatification ceremony presided over by Pope Benedict XVI at Cofton Park of Rednal, a Birmingham suburb. The tour will also feature visits to many of the places where Cardinal Newman lived and worked. The itinerary includes tours of London and the city’s major landmarks, and trips to Birmingham for the ceremony and to visit the Birmingham Oratory. The group will also visit Stratford-Upon-Avon to see William Shakespeare’s birthplace, and Oxford to see Oxford Oratory, Littlemore and Cardinal Newman’s home.

Newman officials plan to send messages of their experiences during the trip via http://Twitter.com/newmanu. Those messages will also be posted on Newman’s Facebook page at http://facebook.com/newmanu. Participants on the tour will also take video of various events that may be posted on the Newman website, www.newmanu.edu, at a later time.

On Sunday, Sept. 19, the day of the beatification, the usual Sunday liturgy will be celebrated at 7 p.m. in St. John’s Chapel inside Sacred Heart Hall on the Newman campus. Following the Mass a re-broadcast of the beatification ceremony will begin at 8:15 p.m. in the Dugan-Gorges Conference Center at Newman. The event is free and open to the public.

“I truly look forward to traveling with the group as we visit so many of the sacred places in the life of John Henry Newman,” said Sister Charlotte, who organized the tour group on behalf of the university. “Having served at the university for over 30 years, I continue to learn more about our namesake and appreciate opportunities to study his writings and how we live out Newman’s ideas and ideals.” 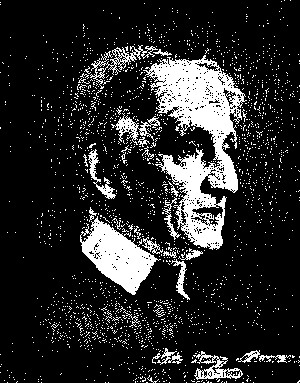 John Henry Newman was born in London in 1801. He became an Anglican priest, and later led the Oxford Movement that sought to return the Church of England to its Catholic roots. His conversion to Catholicism in 1845 shocked Victorian England. He was made a cardinal by Pope Leo XIII in 1879. He died in his room at Oratory House in Birmingham in 1890, at the age of 89. He was buried in a small Roman Catholic cemetery at Rednal, by the Oratory country house. More than 15,000 people filled the streets at his funeral.

Newman was involved in the establishment of the Birmingham Oratory, and revered for his great intellect. In 1854 he was appointed as the founding Rector of the Catholic University in Dublin.  He was a prolific writer and published many works ranging from his reflections on education in The Idea of a University to a deeply personal defense of the Catholic faith in Apologia Pro Vita Sua to poetry that is still highly regarded.

His views on higher education included establishing a four-year undergraduate degree, a two-year master’s degree, and doctoral programs. His philosophy centered on creating a university that included a wide range of disciplines in the liberal arts and sciences, performing arts and professions, and supported the development of the whole person including the intellect, ethical standards, spirituality and vocation. His ideas have greatly influenced the development of contemporary institutions of higher learning.

Newman’s writings made a particularly strong impression on a young Joseph Ratzinger, now Pope Benedict XVI. The Holy Father’s appreciation of Newman is such that he waived the normal requirement of having a Vatican representative preside over a beatification ceremony, so that he himself could beatify Newman.

In the Catholic Church, beatification is the next-to-last step in the long process of being declared a saint. The title “Blessed” is bestowed as an indication of the charity and heroic virtue of the person being beatified.

To be declared blessed, candidates for sainthood require one miracle to be attributed to their intercession after their death, as proof of their ability to intercede before God on behalf of those who ask the blessed for assistance. A second miracle is required before a candidate is canonized as a saint.

The case of Newman’s beatification involves the miraculous healing of Boston-area native Deacon Jack Sullivan. Sullivan had a severe spinal condition that doctors believed would leave him paralyzed. After seeing a documentary about Newman on television, Sullivan began praying for Newman’s intercession and quickly recovered from his condition. After thorough examination, the Vatican declared that Sullivan’s healing was unexplainable by medicine or science and was therefore a miracle.

If Newman has a second miracle attributed to him, he will become the first English saint in close to 40 years.